A Buying Guide to Shackles

At Outback Equipment, we stock bow shackles and D shackles. Our range of shackles are galvanised, S grade shackles with screw pins, mainly for the purpose of 4WD vehicle recovery or for connecting safety chains for towing your trailer/caravan. However, because there are so many shackles on the market it is a good idea to be familiar with the variations and what purpose the different design aspects of certain shackles serve. The other important thing to consider is your Working Load Limit (WLL). This is what will determine the correct shackle to use for your particular configuration.

The main types of shackles are ‘Bow Shackles’ and ‘D-Shackles’. The clear difference is the shape of each shackle. Shackles will come with one of two different pins:

There are three grades of shackles on the Australian market:

For applications such as lifting and vehicle recovery, a rated shackle forged from galvanised alloy steel is the strongest and safest option.

A forged shackle produces the same grade and density throughout the shackle when compared to the casting method. The process of creating a cast shackle allows for air bubbles to form and remain in the finished product, which compromises breaking strength. More likely than not, unmarked commercial shackles are produced from casting.

An ideal shackle will comply with Australian standards (AS 2741-2002) as this is outlines the requirements for manufacture, which include:

An Australian compliant shackle will have the right amount of carbon component, which makes it strong and hard but not so hard that it is becomes brittle and breaks without giving any prior indication. When overloaded, a good quality shackle should demonstrate stretching and distortion before it breaks.

Stainless steel is the other common material from which shackles are manufactured. These are usually used in the marine industry (M grade shackles) because they are less susceptible to corrosion and have a high ductility. Stainless steel shackles are not recommended for recovery situations as many people do not realise that they are using the incorrect size and are more likely to break as a result, potentially causing harm or death. Because of the varying grades of shackles, size does not necessarily correlate to strength. To get the equivalent strength of an S grade shackle, an M grade shackle must be bigger. This is why rated shackles should always be used and the Working Load Limit (WLL – see following) must always be checked to ensure the correct size is being used to your application.

When choosing a shackle the first thing you need to determine is how you will be using it as part of your configuration. While some activities can incorporate a shackle irrespective of its design, there are recommended applications for different shackle configurations. Because of safety and sometimes legal implications, shackles should always be used in the recommended manner.

Part of using a shackle within reasonable means is ensuring its Working Load Limit (WLL) is enough to support the task you intend to undertake. As a rule of thumb, the Maximum Proof Load should be about twice the WLL and the Minimum Ultimate Strength is 6 times the WLL. However, the WLL is the only rating that you should pay attention to and is usually the only one applied to a product.

For the purposes of towing a trailer, the way to determine which sized shackle you should use is by finding the WLL by using the following calculation:

The Aggregate Trailer Mass (ATM) is determined by finding the total mass rating of your unhitched trailer (as specified by the manufacturer) and adding the recommended maximum load.

So for a trailer with an ATM of 2575kg the calculation would be:

According to the following chart, the minimum WLL of a shackle appropriate for the stated application should be an 8mm S or 6 (or alternatively, a 13mm M or 4).

Using the calculation to find your required WLL, you can use the following chart to find the correct sized shackle.

The following is a simplified guide that uses Aggregate Trailer Mass (ATM) to help select an appropriate shackle.

Remember that your configuration is only as strong as your weakest point, so having a rated shackle that is the correct size and quality will ensure a sturdy and safe set-up.

Side loads should be avoided. If they cannot, always use a bow shackle and take the following reduction factors into account:

Most rated and marked shackles on the market will adhere to Australian Standard 2741-2002, however, it should be noted that this standard is only in relation to lifting equipment and not towing equipment. Legally, a shackle does not need to be marked but it is recommended that only equipment that is marked with its ratings should be used.  If you can demonstrate that you have taken reasonable steps in using the correct shackle for its particular application, this may protect you under any negative circumstances that could occur.

Some tips for safely utilising shackles 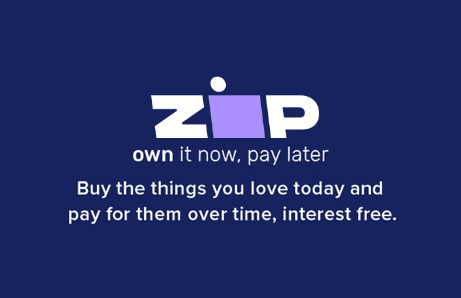