Australia is a big country, and we love to explore every inch of it in our trusty four wheel drives and touring wagons. And while we don’t leave any stone unturned in our exploration of this sunburnt country, the fact is that there are some places even petrol stations won’t go in their relentless conquering of our highways.

So when it comes to doing some serious off-roading (or even if you just like to be prepared for any eventuality), it makes sense to pack some jerry cans of fuel and water for your next trip.

Our quality metal and plastic fuel safe jerry can range will ensure that whether you’re conquering the top end on a trip to the Cape, or exploring the stunning sands of the Simpson Desert, you’ll always have a supply of petrol or diesel on hand when you need it most.

Don’t fall short – pack a diesel fuel can, or petrol can, and keep the trip going smoothly.

Our Range Of Jerry Cans

At Outback Equipment, we stock a range of quality metal and plastic jerry cans which are designed to make your life a whole lot easier. Our strong and durable jerry cans are engineered to comply with all relevant Australian standards.

All of our metal jerry cans are treated with anti-corrosion treatments to ensure a long-lasting product. Our metal cans have passed all the flame, drop, stability and leak tests and are suitable for storing petrol and diesel. Our metal water jerry cans are suitable for carrying potable water, and thanks to the easily recognisable colour coding, you’re never going to mix them up.

We stock a range of plastic Fuel Safe jerry cans which come in 5L, 10L and 20L capacities, with each can coming with an easy-pour spout. The Fuel Safe plastic jerry cans are constructed from high-quality polyethene which ensures safe transportation of fuel and other kinds of flammable liquids.

In addition to the Fuel Safe jerry cans, we also have stackable petrol can fuel canisters which are good for transporting large amounts of fuel. These stackable canisters are all corrosion-proof, anti-static and UV resistant.

History of the Jerry Petrol Can

The jerry can (or jerrycan) as we know it today is still remarkably like the design made by Germany in the Second World War. It was originally designed for military use and was constructed to hold 20 litres of fuel – a capacity which it retains to this day.

While jerry cans were originally designed to hold fuel, their use today has diversified to include water. Depending on the colour of the jerry cans in use, you can tell what is being stored in it. As a fuel can, the jerry can is a highly useful and portable option for all kinds of applications, whether camping or four wheel driving.

The clever design is undeniable as the jerry can is still in use and is as popular as ever today. 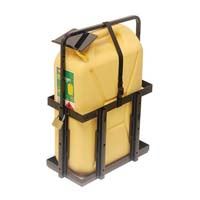 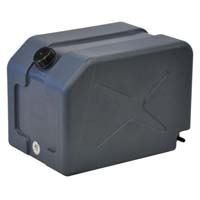 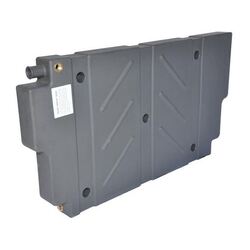 
Plastic Water Jerry Can With Tap by Front Runner 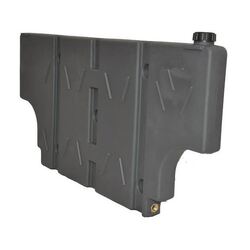 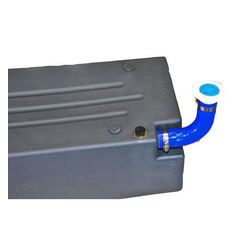 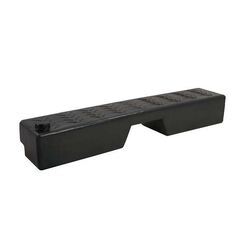 
Poly 20Litre Jerry Can with Tap What are others saying?

Dave Moody- A few days ago.

Outback Equipment could not supply the normal Saracen Caravan Hitch Lock (out of stock - yet their website said they had them in stock) so they upgraded my order (for an extra $20) to the Saracen Ultra Hitch Lock. Once initial problem was sorted the lock arrived in a couple of days. Glad I went with the Ultra - bit more expensive but looks better & I believe looks more robust to deter thieve

Rodney Brown- A few days ago.

John- A few days ago.